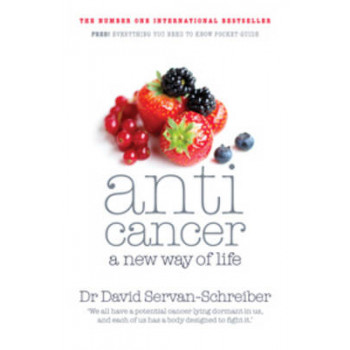 Anticancer: A New Way of Life

Dr David Servan-Schreiber was first confronted with cancer when he was working as a medical resident. Already a recognised pioneer in neuroscience, by his own admission he had all the arrogant and immortal confidence of a 30-year-old overachiever. Then he discovered he had cancer of the brain, and his life changed forever. He went on to research alternative medicine, founding and directing the Center of Integrative Medicine at the highly conservative University of Pittsburgh Medical Center. This book is the culmination of his experience in the field of cancer, as a doctor and as a patient. It is his personal story; the story of the cases he has come across; and the medical and scientific story of the disease and its mechanisms. He looks, in particular, at the relation between a body and its cancer; at the immune system; and at the roles played by environmental toxins, nutrition, emotions, and physical activity in containing cancer. He does not dismiss conventional medicine, nor is he anti-pharmaceutical: he empowers the reader with the understanding and the tools to tackle cancer alongside conventional treatments - or, better yet, to help avoid cancer altogether.