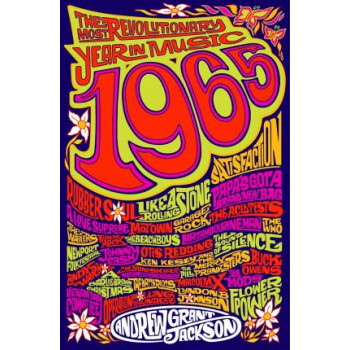 1965: The Most Revolutionary Year in Music

Fifty years ago, friendly rivalry between musicians turned 1965 into the most ground-breaking year in music history. It was the year rock and roll evolved into the premier art form of its time and accelerated the drive for personal freedom throughout the Western world. The feedback loop between the artists and their times ignited an unprecedented explosion of creativity. The Beatles made their first artistic statement with Rubber Soul and performed at Shea Stadium, the first rock concert to be held in a major American stadium. Bob Dylan released "Like a Rolling Stone, arguably the greatest song of all time, and went electric at the Newport Folk Festival. And the Rolling Stones's "Satisfaction" catapulted the band to world-wide success. This was not only the year of rock as new genres such as funk and psychedelia were born. Soul music became a prime force of desegregation as Motown crossed out of the R&B charts on to the top of the Billboard Top 100. Country music reached new heights with Nashville and the Bakersfield sound and competition between musicians coincided with seismic cultural shifts wrought by the Civil Rights Movement, Vietnam, psychedelics and fashion with designer Mary Qaunt's introduction of the miniskirt. In 1965, Andrew Grant Jackson combines fascinating and often surprising personal stories with a panoramic historical narrative.