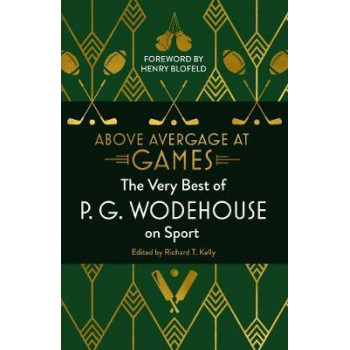 Above Average at Games: The Very Best of P.G. Wodehouse on Sport

As Wodehouse's biographer Frances Donaldson observed, it was vitally important to the boy Plum that he was 'above average at games'. Luckily, he was known at school as 'a noted athlete, a fine footballer and cricketer and a boxer', and sport inspired much of his earliest writings, as well as some of his very finest and laugh-out-loud funniest. Wodehouse wrote with trademark wit on a rich range of games - and on cricket and golf, in particular - as well as anyone ever has, bringing a knowledge and a passion born of practice. English cricket inspired in Wodehouse what he himself long considered to be his favourite work; and yet America (which he first visited keenly and then came to call home) led him to the love of baseball, and golf - enthusiasms that drew him to new tales for new audiences, including the celebrated golf stories which John Updike described as 'the best fiction ever done about the sport.' This rollicking anthology, selected, edited and introduced by the novelist Richard T. Kelly, offers a vivid picture of Wodehouse at play - in the ring, at the crease, on the tee - which is guaranteed to please any sporting crowd. Beginning with early journalism, taking in extracts from novels and short stories in their entirety, it all adds up to a medal-winning collection.