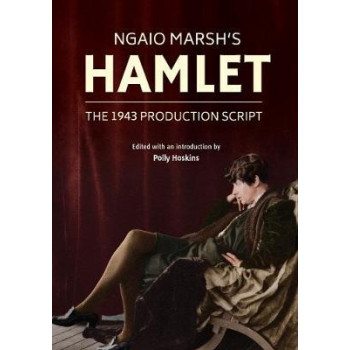 Dame Ngaio Marsh (1895-1982) was one of the greatest crime writers of the twentieth century. Marsh was also a gifted Shakespearean director, establishing her reputation in 1943 with the Canterbury University Drama Society modern-dress production of 'Hamlet'. Fast-paced, with a deftly-cut script, and featuring especially commissioned incidental music by Douglas Lilburn, Ngaio Marsh's production of 'Hamlet' was a hit with wartime audiences. Marsh's 1943 'Hamlet' production typescript is reproduced here for the first time, together with Lilburn's previously unpublished music and a selection of archival photographs. An introductory essay by Polly Hoskins examines the staging of the production and the wartime context in which the play was performed, offering broader reflection on Marsh's compositional approach, and a note from Robert Hoskins introduces Lilburn's music. This edition makes the perfect starting point for enriching our understanding of Ngaio Marsh as a Shakespearean director and producer, and presents a fresh perspective on New Zealand's theatre history.