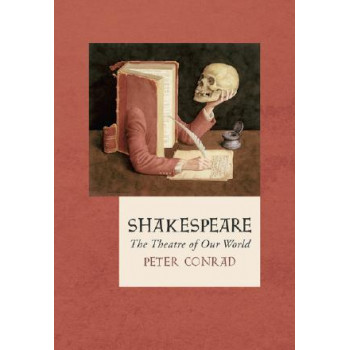 Shakespeare: The Theatre of Our World

Peter Conrad explores the phenomenon of Shakespeare, and assesses Shakespeare's global legacy across every continent and across every genre of the creative arts. In 1623 the actors John Heminges and Henry Condell assembled Mr. William Shakespeare's Comedies, Histories, & Tragedies , better known as The First Folio . In doing so they preserved literature's most dramatically vital and poetically rich account of our human world. Endlessly reinterpreted by critics and performers, Shakespeare's inexhaustible work has remained abreast of contemporary concerns ever since, and it continues to hold a mirror up to the nature of our troubled society and our contradictory selves. The plays accompany us through the ages of mankind, from comic springtime to wintry age, compressing our life in time into the three hours' traffic of the stage; the characters in them have shaped the way we think about politics and war, consciousness and morality, love and death. Peter Conrad examines the world-view of the plays, their generic originality and their astonishingly inventive language. He goes on to explore Shakespeare's global legacy as his characters migrate to every continent and are reinvented by later writers, painters, composers, choreographers and film-makers.