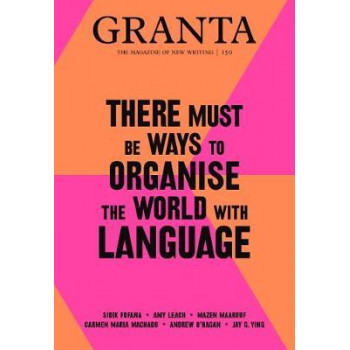 Granta 150: There Must Be Ways to Organise the World with Language

Four times a year, Britain's most prestigious literary magazine brings you the best new fiction, reportage, memoir, poetry and photography from around the world. From Nobel laureates to debut novelists, international translations to investigative journalism, each issue of Granta turns the attention of the world's best writers on to one aspect of the way we live now. Granta does not have a political or literary manifesto, but it does have a belief in the power and urgency of the story and its supreme ability to describe, illuminate and make real. This winter issue includes reportage from Oliver Bullough in the Cayman Islands; Joseph Zarate in the Amazon; and John Ryle on global conservationist struggles over white rhinos. Plus, new fiction from Jason Ockert.