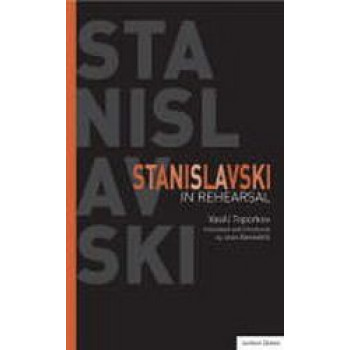 Reprint of the 2001 Methuen edition with a new cover A rare insider's account of the true story behind the development of the famous Stanislavski method. Vasili Toporkov was one of the rare outsiders ever to be invited to join the Moscow Art Theatre. Although already an experienced and accomplished artist, he was forced to retrain as an actor under Stanislavski's rigorous guidance. Stanislavski in Rehearsal is Toporkov's vivid account of this learning process, offering an eloquent and jargon-free insight into Stanislavski's legendary 'system' and his method of rehearsal that became known as the Method of Physical Action. Spanning ten years - from 1928 to 1938 - Toporkov charts the last crucial years of Stanislavski's work as a director and offers the only reliable biographical sketch that we have.Through Toporkov's account, Stanislavski is revealed as a multi-faceted personality - funny, furious, kind, ruthless, encouraging, exacting - waging a war against cliches and quick answers, inspiring his actors and driving them to despair in his pursuit of artistic perfection. Author Biography: Jean Benedetti (translator) is a leading authority on Stanislavski. A former Principal of Rose Bruford College, his publications, Stanislavski and the Actor, The Moscow Art Theatre Letters, Stanislavski A Life in Art, The Art of the Actor, and two new Stanislavski translations, An Actors Work on Himself Parts 1 & 2, and My Life in Art. Promotional Information: 2008 is the 70th anniversary of Stanislavski's death, there will be much publicity and a major new publication by the authorOne of the most valuable and accessible books on Stanislavski's personality and working methodContains a minimum of theory and jargonA first-hand account of Stanislavski's work with actors