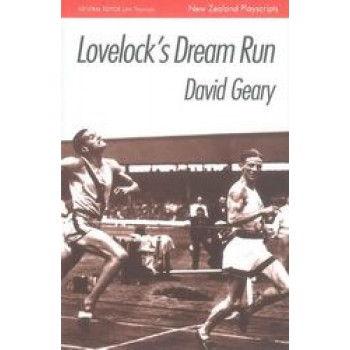 Lovelock's Dream Run sets the well-known events of Jack Lovelock's Berlin Olympics in parallel with a conservative boarding school in New Zealand today. New to the third form, Howard 'The Coward' fantasises about the School's most illustrious Old Boy. In order to get closer to his hero Howard adopts various personae, ranging from Leni Riefenstahl, Nazi film maker, to Jean Batten, 'the Garbo of the skies'. When the truth about heroism is revealed, in the midst of Lovelock's scrapbooks in the National Library, Howard must decide whether he will become his own hero or follow Lovelock down the wrong side of the tracks.