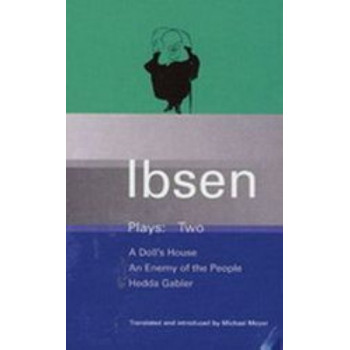 This volume contains Ibsen's two most famous and frequently read, studied and performed plays about women: A Doll's House (1879), his first international success, which 'exploded like a bomb into contemporary life', and Hedda Gabler (1890), now one of his most popular plays, but greeted at first with bewilderment and outrage ('The play is simply a bad escape of moral sewage-gas' Pictorial World). Also included is An Enemy of the People (1883), whose central character was the actor Konstantin Stanislavski's favourite role.Michael Meyer's translations are 'crisp and cobweb-free, purged of verbal Victoriana' (Kenneth Tynan) Author Biography: Henrik Ibsen (1828-1906) was a Norwegian playwright and poet whose realistic, symbolic and often controversial plays revolutionised European theatre. He is widely regarded as the father of modern drama. His acclaimed plays include A Doll's House, Ghosts, Hedda Gabler, An Enemy of the People and The Pillars of the Community. His centenary was celebrated in 2006.