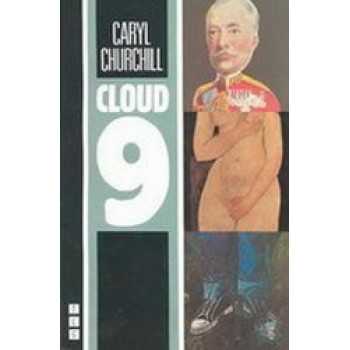 Cloud Nine is an inventive, surrealistic and entertaining look at sexual repression and sexual role conditioning. The first act takes placei n Victorian Africa, suggeting the parallel between colonial and sexual repression. Clive, the whtie man, imposes his ideals on his family and the natives. Betty, his wife, is played by a man because she wants to be what men want her to be; and Joshua, their black servant, is played by a white man because he wants to be what whites want him to be. The second act is set in London in 1979--in the changing sexuality of our own time. The characters, who have ages only twenty-five years, have become more real to themselves, men suffer as well as women, and our identities are warped by conforming to "unnatural norms".