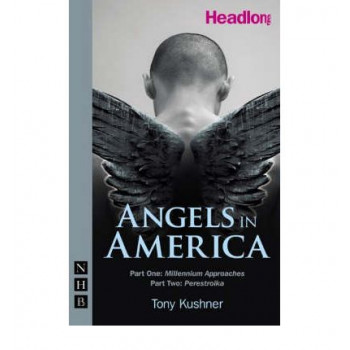 Angels in America: Parts One and Two

Part One of "Angels in America", subtitled "Millennium Approaches", erupted on to the stage of the National Theatre in January 1992. Part Two, "Perestroika", followed in November 1993. Since then "Angels in America" has become one of the most studied American plays, with over 30,000 copies of both parts sold in the UK alone. It has also been filmed for television by Mike Nichols, with Al Pacino, Meryl Streep - and Emma Thompson as the eponymous Angel. Now, 15 years after that first production, and with Tony Kushner's latest play, "Caroline, or Change", still running - and winning prizes - at the National, both parts of "Angels in America" are available in a single volume. Parts One and Two will also stay in print in separate volumes.