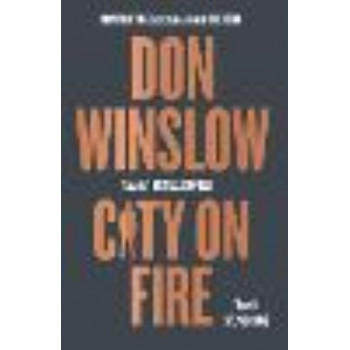 From the #1 internationally bestselling author of the Cartel Trilogy, The Force, and Broken comes the first novel in an epic crime saga about the Irish and Italian crime syndicates in America during the 1980s and 1990s. 'One of America's greatest storytellers' Stephen King Two criminal empires together control all of New England. Until a beautiful modern-day Helen of Troy comes between the Irish and the Italians, launching a war that will see them kill each other, destroy an alliance, and set a city on fire. Danny Ryan yearns for a more "legit" life and a place in the sun. But as the bloody conflict stacks body on body and brother turns against brother, Danny has to rise above himself. To save the friends he loves like family and the family he has sworn to protect, he becomes a leader, a ruthless strategist, and a master of a treacherous game in which the winners live and the losers die. From the gritty streets of Providence to the glittering screens of Hollywood to the golden casinos of Las Vegas, Danny Ryan will forge a dynasty. Exploring the classic themes of loyalty, betrayal, and honor, City on Fire is a contemporary Iliad, a saga that spans generations-a towering achievement of storytelling genius from Don Winslow, "America's greatest living crime writer" (Jon Land, Providence Journal). 'Is there any doubt that Don Winslow's the greatest?' New York Times 'One of the best thriller writers on the planet' Esquire 'Epic, ambitious, majestic, City on Fire is The Godfather for our generation' Adrian McKinty, bestselling author of The Chain