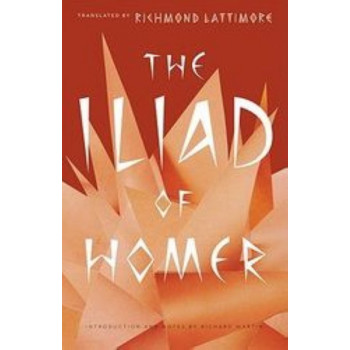 "Sing, goddess, the anger of Peleus' son Achilleus / and its devastation." For sixty years, that's how Homer has begun the "Iliad" in English, in Richmond Lattimore's faithful translation--the gold standard for generations of students and general readers.
This long-awaited new edition of Lattimore's "Iliad" is designed to bring the book into the twenty-first century--while leaving the "poem" as firmly rooted in ancient Greece as ever. Lattimore's elegant, fluent verses--with their memorably phrased heroic epithets and remarkable fidelity to the Greek--remain unchanged, but classicist Richard Martin has added a wealth of supplementary materials designed to aid new generations of readers. A new introduction sets the poem in the wider context of Greek life, warfare, society, and poetry, while line-by-line notes at the back of the volume offer explanations of unfamiliar terms, information about the Greek gods and heroes, and literary appreciation. A glossary and maps round out the book.
The result is a volume that actively invites readers into Homer's poem, helping them to understand fully the worlds in which he and his heroes lived--and thus enabling them to marvel, as so many have for centuries, at Hektor and Ajax, Paris and Helen, and the devastating rage of Achilleus.