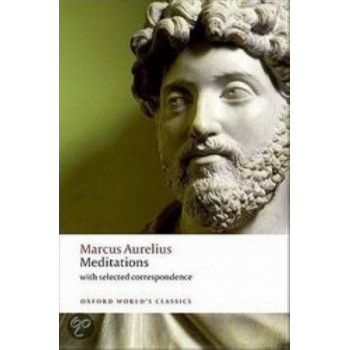 'Do not act as if you had ten thousand years to live ...while you have life in you, while you still can, make yourself good.' The Meditations of Marcus Aurelius (AD 121-180) is a private notebook of philosophical reflections, written by a Roman emperor probably on military campaign in Germany. In short, highly charged comments, Marcus draws on Stoic philosophy to confront challenges that he felt acutely, but which are also shared by all human beings - the looming presence of death, making sense of one's social role and projects, the moral significance of the universe. They bring us closer to the personality of the emperor, who is often disillusioned with his own status and with human activities in general; they are both an historical document and a remarkable spiritual diary. This translation by Robin Hard brings out the eloquence and universality of Marcus' thoughts. The introduction and notes by Christopher Gill place the Meditations firmly in the ancient philosophical context. A selection of Marcus' correspondence with his tutor Fronto broadens the picture of the emperor as a person and thinker. ABOUT THE SERIES: For over 100 years Oxford World's Classics has made available the widest range of literature from around the globe. Each affordable volume reflects Oxford's commitment to scholarship, providing the most accurate text plus a wealth of other valuable features, including expert introductions by leading authorities, helpful notes to clarify the text, up-to-date bibliographies for further study, and much more.