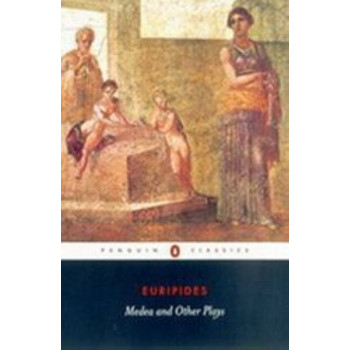 That proud, impassioned soul, so ungovernable now that she has felt the sting of injustice' "Medea", in which a spurned woman takes revenge upon her lover by killing her children, is one of the most shocking and horrific of all the Greek tragedies. Dominating the play is Medea herself, a towering and powerful figure who demonstrates Euripides' unusual willingness to give voice to a woman's case. "Alcestis", a tragicomedy, is based on a magical myth in which Death is overcome, and "The Children of Heracles" examines the conflict between might and right, while "Hippolytus" deals with self-destructive integrity and moral dilemmas. These plays show Euripides transforming the awesome figures of Greek mythology into recognizable, fallible human beings. John Davie's accessible prose translation is accompanied by a general introduction and individual prefaces to each play. It was previously published as "Alcestis and Other Plays".