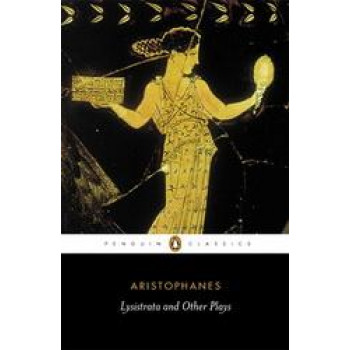 Lysistrata & Other Plays : The Archanians / The Clouds / Lysistrata

Aristophones was a contemporary of Socrates and the last and greatest of the old Attic comedians, but unfortunately only 11 of his plays survive. Of these, this title contains three: "Lysistrata", "The Acharnians", and "The Clouds". Aristophenes was sceptical about the democratic system of government and was critical of the eagerness with which the people committed themselves to war and the plays in this volume reflect these concerns: "Lysistrata' is a bawdy anti-war fantasy; "The Acharnians" is a plea for peace set against the background of the long war with Sparta; and "The Clouds".