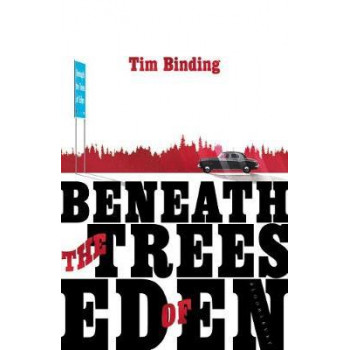 Beneath the Trees of Eden

An English Western inspired by William Faulkner, Beneath the Trees of Eden is Tim Binding's masterpiece: a visionary depiction of England at the twilight of a rebellious era, told through the story of a renegade couple as they travel across the country's motorways. 'Fierce, untamed, animal in its joy. Terrific' Patrick McCabe 'A glorious road-trip of novel' Louise Kennedy Alice is just twenty when she becomes involved with Louis, a brooding, older man who has spent his life building some of the first motorways to stretch across the landscapes of England. With a child on the way, the couple set off on the road together, determined to carve out a life for themselves off the beaten track. But as their son grows older, he begins to question his parents' philosophy and the sacrifices they make in order to live on their own terms. Caught between the draw of the past and a dream of new community, their fates are transformed by chance encounters, patterns unfolding like lines across a map. Told in searing, lyrical prose, Beneath the Trees of Eden is a powerful rumination on the possibility for salvation, the people and places we find ourselves tethered to, and the things that get left behind.