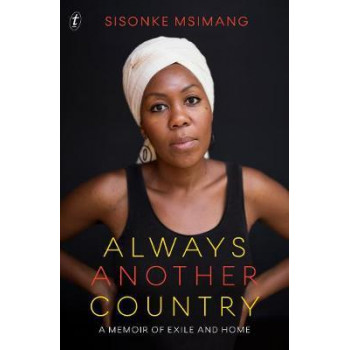 Always Another Country: A Memoir of Exile and Home

Sisonke Msimang was born in exile, the daughter of South African freedom fighters. Always Another Country is the story of a young girl's path to womanhood - a journey that took her from Africa to America and back again, then on to a new home in Australia. Frank, fierce and insightful, she reflects candidly on the abuse she suffered as a child, the naive, heady euphoria of returning at last to her parents' homeland - and her disillusionment with present-day South Africa and its new elites. Sisonke Msimang is a bold new voice on feminism, race and politics - in her beloved South Africa, in Australia, and around the world.