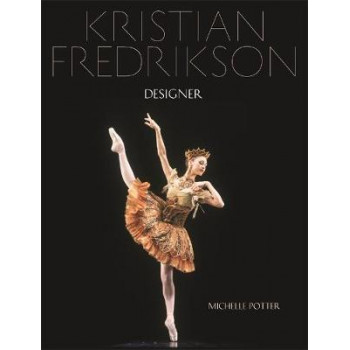 Multi-discipline designer Kristian Fredrikson was an extraordinary influence in Australian Dance, Opera and Drama. His collaborations with Graeme Murphy saw scenes of unleashed imagination, breathtaking beauty and impeccable craftsmanship, pulsing with human emotion. Memories of Kristian's sets and costumes for Sheherazade, Daphnis and Chloe, An Evening, The Selfish Giant, After Venice, Late Afternoon of a Faun, King Roger, Beauty and the Beast and later stagings of Poppy, are his legacy to us all. This book examines the life and career of acclaimed designer for the theatre, Kristian Fredrikson (1940-2005). Fredrikson worked across theatrical genres including in theatre, dance, opera, and film and television. Born in Wellington, New Zealand, Fredrikson began his design career working with a small, amateur operetta company in Wellington. He then went on to establish a major, five decade-long career in Australia, returning to New Zealand on occasions to design for opera and ballet. During the 1970s Fredrikson worked extensively with Melbourne Theatre Company where he met the then-emerging Australian choreographer Graeme Murphy. This was to be a turning point in his life and in 1979 he made his first work for Murphy's Sydney Dance Company, a mysterious and exotic Sheherazade. Those years were also when he began an association with the Australian Opera, which included a production of Lucrezia Borgia in which Dame Joan Sutherland sang the lead. In the 1980s, Fredrikson was persuaded to return to New Zealand to design works for Royal New Zealand Ballet. It was the ballet he admired above all and the book examines two New Zealand productions, two Australian ones, and one (his final work) in Houston, Texas. 'I was willing to die for my art,' Fredrikson said. And he did, while the Houston Swan Lake still in preparation. Kristian is a recipient of four Erik Design Awards and won prestigious Green Room Awards for After Venice (Sydney Dance Company - 1985), King Roger (1991), Turandot (1991), The Nutcracker (1992), Salome (1993), Swan Lake (2002) and an AFI award for Undercover. Kristian also received a Penguin Award for The Shiralee (1988). In 1999 Kristian received the Australian Dance Award for Services to Dance.