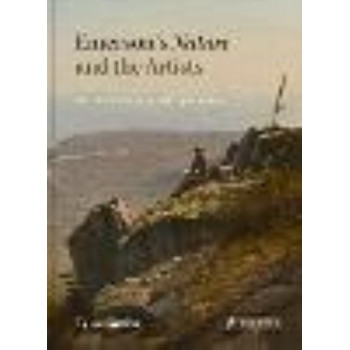 Emerson's Nature and the Artists: Idea as Landscape, Landscape as Idea

Illustrated by classic American paintings and photographs, and accompanied with a prescient new appraisal, this stunning publication on Emerson's seminal 1836 essay is at once a meditation on the ways artists influence each other and a timely cri de coeur to cherish and preserve America's landscape. Widely considered to be the foundational text of the American landscape tradition, Ralph Waldo Emerson's Nature urges Americans to value and immerse themselves in their country's landscape, to build American culture from America's nature. Nearly two centuries after the original publication of the essay Nature by Emerson, this captivating book by critic and historian Tyler Green brings together a selection of artistic works in dialogue with Emerson's text for the first time. Green also offers his own fascinating take on Nature through new research into how the essay was informed by Emerson's experiences of art and, in turn, how it informed American art well into the twentieth century. The result is a unique melding of essay, art, and ideas that will draw new readers to Emerson's writings, while also introducing a fresh perspective on a critical contribution to the American canon and showing what impact Emerson's text still has for the US to this day. AUTHOR: Tyler Green is an historian, art critic and the producer/host of the Modern Art Notes podcast. His most recent book is Carleton Watkins: Making the West American, which was awarded the 2019 California Book Awards gold medal for contribution to publishing. 75 colour illustrations