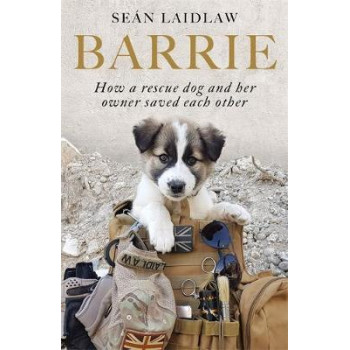 Barrie: How a rescue dog and her owner saved each other

Barrie was rescued from the rubble by Bomb disposal expert and former soldier Sean Laidlaw. He gradually gained her trust and they soon became inseparable. When Sean's contract to Syria was not renewed and he could not return to her, he raised the funds to bring her home with him. The two created an incredible bond in their three months together, and they were reunited in emotional scenes in early November. Sean credits Barrie with helping him with PTSD, and Barrie has been rescued from a life on the streets in war-torn Syria.