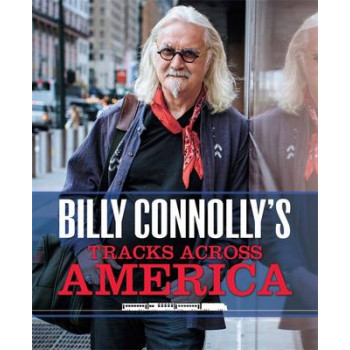 In 2011, we published Billy Connolly's Route 66 - the story of the legendary Scottish comedian's journey along the most famous road in America. The book (which tied-in to an ITV series), performed really well - clearly, armchair travelling with Billy Connolly as your guide is an appealing prospect to many readers. In the years that have passed since the previous book, Billy has had more than his share of challenges - in 2013 he was diagnosed with prostate cancer (he's now been given the all-clear); on the same day he was diagnosed with the early stages of Parkinson's disease. But being a determined 72 year-old, Billy won't stop the illness (which has already robbed him of the ability to play his beloved banjo) put him off one more exploration of the country he knows and loves so well.