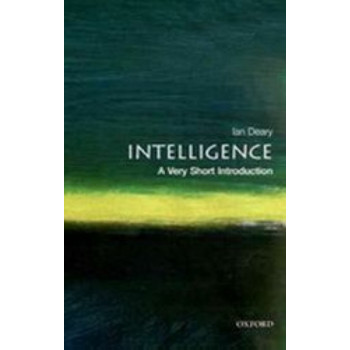 ## Please check price and availability before ordering, thank you ## People value their powers of thinking and most of us are interested in why some people seem to drive a highly tuned Rolls Royce brain while others potter along with a merely serviceable Ford Fiesta. This Very Short Introduction describes what psychologists have discovered about how and why people differ in their thinking powers. The book takes readers from no knowledge about the science of human intelligence to a stage where they are able to make judgements for themselves about some of the key questions about human mental ability differences. Each chapter deals with a central issue that is both scientifically lively and of considerable general interest, and is structured around a diagram which is explained in the course of the chapter. The issues discussed include whether there are several different types of intelligence, whether intelligence differences are caused by genes or the environment, the biological basis of intelligence differences, and whether intelligence declines or increases as we grow older.