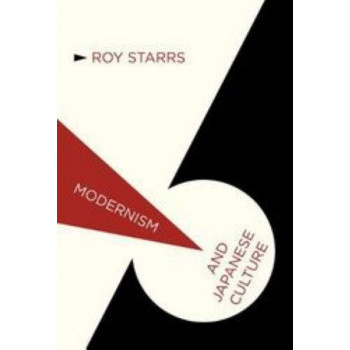 Offering an in-depth and comprehensive account of the complex history of Japanese modernism, in this book Roy Starrs considers the concept of modernism as encompassing not just the aesthetic avant-garde but a wide spectrum of social, political and cultural phenomena. He looks at Japanese modernism from the mid-19th century 'opening to the West' until the 21st-century, globalized world of 'postmodernism'; from the early Meiji 'cult of modernity' to the early Showa attempt to 'overcome modernity'. In this way, the book presents the history of Japanese modernism not as a straightforward, linear narrative of progressive acceptance and adaptation but more as a dialectical, back-and-forth oscillation between the two poles of acceptance and rejection, modernism and anti-modernism. Furthermore, Starrs shows that Japanese modernism was not simply the outcome of the passive reception of a unidirectional modern Western influence but of a complex cross-cultural interchange between East and West, modernity and tradition. In particular, he shows that traditional Japanese culture was very much part of that cultural mix, and a prime source of inspiration for modernists in both Japan and the West. Thus the book also convincingly demonstrates that Japan served as an active agent at certain key moments in the history of world modernism.