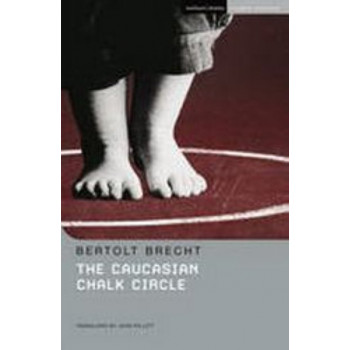 Brecht projects an ancient Chinese story onto a realistic setting in Soviet Georgia. In a theme that echoes the Judgment of Solomon, two women argue over the possession of a child; thanks to the unruly judge, Azdak (one of Brecht's most vivid creations) natural justice is done and the peasant Grusha keeps the child she loves, even though she is not its mother. Written in exile in the United States during the Second World War, The Caucasian Chalk Circle is a politically-charged, much-revived and complex example of Brecht's epic theatre. This volume contains expert notes on the author's life and work, historical and political background to the play, photographs from stage productions and a glossary of difficult words and phrases.