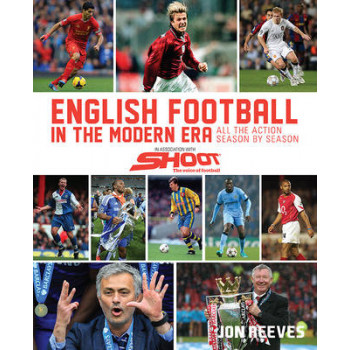 English Football in the Modern Era: All the Action Season by Season

The English Premier League is the most popular club competition in the world. Since the restructuring of the League in 1992, the competition has been appreciated by fans from around the world and many of the 20 competing teams have become iconic sporting brands. The League has been dominated by the deeds of superclubs Manchester United, Manchester City, Chelsea and Arsenal over the past 23 seasons but many other clubs have enjoyed their moment in the sun not least Blackburn Rovers, which broke the superclub monopoly by winning the 1994-95 season, the pursuit of a top four (and gain entry into the prestigious European Champions League competition) and the yearly battle for promotion and relegation. This comprehensive, hardcover book with hundreds of images and full statistics, chronicles the full history of the Premier League, season by season.