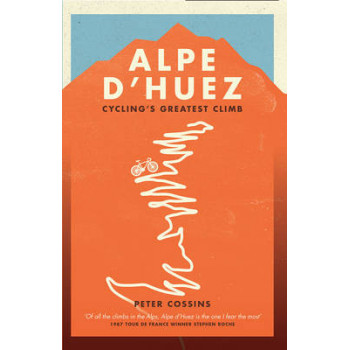 It has been called the Tour de France's 'Hollywood climb', and there is no doubt that Alpe d'Huez has played a starring role in cycling's history since its first encounter with the sport back in 1952 when the legendary Fausto Coppi triumphed on the summit. Re-introduced to the Tour in 1976, Alpe d'Huez has risen to mythical status, thanks initially to a string of victories by riders from Holland, whose exploits attracted tens of thousands of their compatriots to the climb, which has become known as 'Dutch mountain'. A snaking 13.8-kilometre ascent rising up through 21 numbered hairpins at an average gradient of 7.8%, Alpe d'Huez is the climb on which every great rider wants to win. Many of the sport's most famous and now even infamous names have won on the Alpe, including Bernard Hinault, Joop Zoetemelk, Lucho Herrera, Marco Pantani and Lance Armstrong. As well as days of brilliance, there have controversies such as the high-speed and drug-fuelled duels of the EPO years in the 1990s and into the new millennium. In Alpe d'Huez, veteran cycling journalist Peter Cossins reveals the triumphs, passion and despair behind the great exploits on the Alpe and discloses the untold details that have led to the mountain becoming as important to the Tour as the race is to resort at its summit. It is a tale of man and machine battling against breath-taking terrain for the ultimate prize.