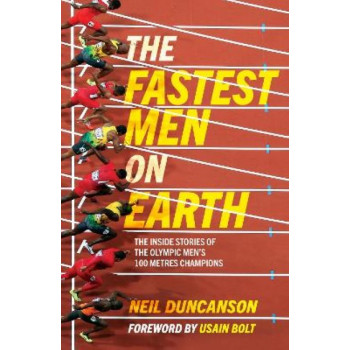 Fastest Men on Earth: Inside Stories of the Olympic Men's 100m Champions

With an exclusive foreword by Usain Bolt, The Fastest Men on Earth tells the inside stories of the Olympic Men's 100m Champions. It takes just under ten seconds to run, but the results of the Olympic men's 100 metres are etched forever into history. In The Fastest Men on Earth, journalist Neil Duncanson tells the stories of the 25 athletes who've been crowned champions in the event, and earned the coveted title of 'Fastest Man on Earth'. Each chapter explores the fascinating, inspiring, and occasionally tragic lives of these supremely talented sprinters, as well as the intense drama of the record-breaking runs that wrote them into history. Immaculately researched and featuring exclusive interviews with several Olympic champions, including a new conversation with Usain Bolt, The Fastest Men on Earth brings the stories of some of the greatest athletes of all time to life like never before.