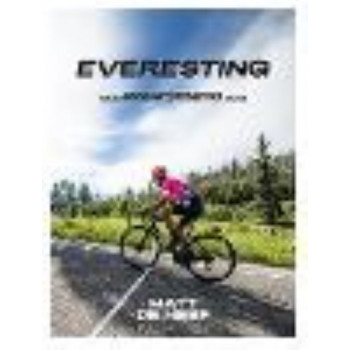 Everesting: The Challenge for Cyclists: Conquer Everest Anywhere in the World

Everesting explores the extreme personal challenge that has gripped cyclists all around the world: cycling the height of Mt Everest (8848 metres) by ascending and descending a single hill or mountain continuously, without breaking to sleep. All you need to complete this great feat is a hill to climb. Matt de Neef chronicles the rise of this challenge as he attempts his own Everesting - uncovering its many obstacles, giving insight into training and testing your limits, and celebrating those who have completed the challenge. Everesting is phenomenally difficult for the rider, both physically and mentally, but can be completed almost anywhere. What started as a small grassroots challenge, tried by just a handful of hardy recreational riders, has now exploded into a global phenomenon. More than 10,000 Everestings have been completed in more than 100 countries, by both Tour de France winners and World Champion cyclists, as well as thousands of ordinary men and women. Jens Voigt, 17-time Tour de France competitor, described his Everesting as: 'One of the toughest things I have done in my life'. Nearly anyone can appreciate the challenge of climbing the equivalent of the world's highest mountain. With Everesting, Matt takes you into the heart of the challenge. Be inspired and learn how it's done from those who have attempted it before.