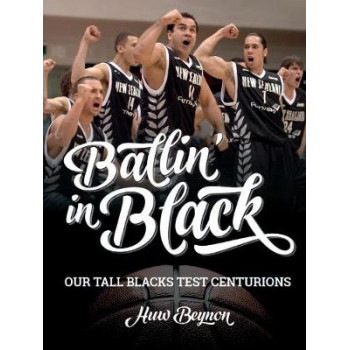 When Tom Abercrombie was presented with his 100th cap ahead of the FIBA World Cup in 2019, he joined an exclusive club. He became the 11th player to reach a century of tests for the Tall Blacks. Standing at his side was Pero Cameron, the first man to achieve the feat. These players, and the nine between them, have shaped the game in the modern era, cementing New Zealand as a respected force across the basketball-playing world. Hailing from all over Aotearoa New Zealand and beyond, they've sacrificed blood, sweat and tears - not always their own - for the black jersey. Each of their journeys has taken a different path, yet they all intertwine in the fabric of New Zealand basketball. From hiding in the back of Mum's car, bleeding out on court, or living in a janitor's closet, to squaring up to Yao Ming, dunking on NBA superstars, and falling agonisingly short of the World Championship final, these are the stories of our Tall Blacks Test Centurions.