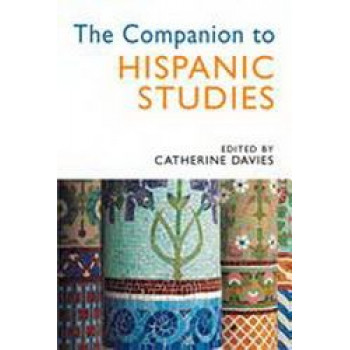 This companion gives a concise and accessible overview of the discipline of Hispanic studies as taught today and suggests new directions for future developments. "Hispanic Studies" is broadly concerned with the languages and cultures of the vast "Hispanic" world, extending chronologically from Roman Hispania to today, and geographically from California in the North to Patagonia in the South and from Majorca in the East and the Andes in the West. Written by a team of scholars, this collection of short essays explores topics as diverse as: the history of the Spanish language; Islamic Andalusia; race and class in the Spanish Golden Age; Catalan nationalism; the Madrid "movida"; Latin America cinema; tango in Argentina; Evita Peron; "testimonio"; and the cultural significance of the US-Mexican border. The emphasis is on literature and texts, including film and photography. In addition, this book includes time-lines, summary boxes and suggestions for further reading. This text provides an introduction to the subject and should be useful for students taking courses in Spanish/Hispanic Studies. Review: The book successfully presents the field of Hispanic Studies as complex, dynamic and exciting, with authoritative contributions from an array of distinguished scholars. -- Modern Language Review 20040301 " This book explicitly addresses today's undergraduate of Hispanic Studies in the U.K ...the editor tells the prospective reader that the aim is "to give you a relatively quick and easy entry into Hispanic Studies as it stands today"...It achieves its goal through a generally succinct and readable discourse". -- Forum for Mdern Language Studies Vol: 43 No. 3 Contents: What is Hispanic studies?; language; Medieval Spanish studies; Golden Age studies - Spain and Spanish America in the 16th and 17th centuries; Spain and Spanish America in the 18th and 19th centuries; 20th-century Spain; Catalan, Galician; Basque; Mexico, Central America, the Caribbean, and the Andes; the Southern Cone; Spanish and Latin cinema; beyond Hispanic studies?; interdisciplinary approaches to Spain and Latin America; student comments; time chart.