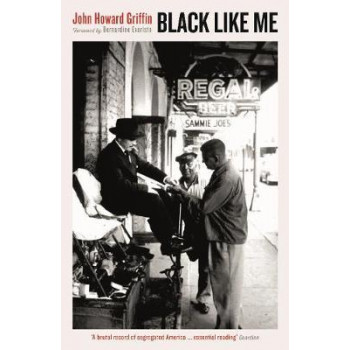 In the autumn of 1959, a white Texan journalist named John Howard Griffin travelled across the Deep South of the United States disguised as a black man. Black Like Me is Griffin's own account of his journey. Originally commissioned by the African-American general-interest magazine Sepia under the title 'Journey into Shame', it was published in book form in 1961, revealing to a white audience the day-to-day experience of racism in segregation-era America. Selling over five million copies, Black Like Me became one of the best-known accounts of race and racism in the 1960s, and helped turn the eyes of white society towards the everyday indignities and injustices of segregation. Today, sixty years after Griffin's extraordinary journey across the racial divide, Black Like Me's unrepeatable act of journalistic intrepidity stands as a fascinating document of its times. 'John Howard Griffin has come closer to understanding what it's like to be black in America than any white man that I know.' - Louis Lomax, Saturday Review 'If it was a frightening experience for him as nothing but a make-believe Negro for sixty-six days, then you think about what real Negroes in America have gone through for 400 years.' - Malcom X