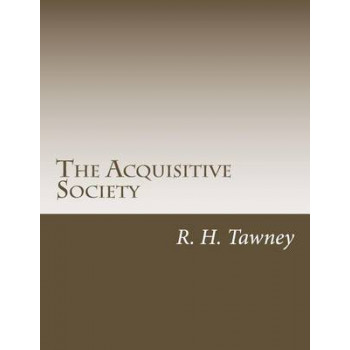 Two of Tawney's books stand out as his most influential social criticism: The Acquisitive Society (1920), Richard Crossman's "socialist bible," and Equality (1931), "his seminal work." The former, one of his most widely read books, criticised the selfish individualism of modern society. Capitalism, he insisted, encourages acquisitiveness and thereby corrupts everyone. In the latter book, Tawney argues for an egalitarian society.Both works reflected Tawney's Christian moral values, "exercised a profound influence" in Britain and abroad, and "anticipated the Welfare state." As Dr. David Ormrod, of the University of Kent, stresses, "intermittent opposition from the Churches to the new idolatry of wealth surfaced from time to time but no individual critics have arisen with a combination of political wisdom, historical insight and moral force to match that of R.H. Tawney, the prophet who denounced acquisitiveness"