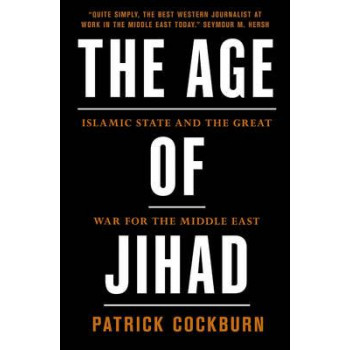 Age of Jihad: Islamic State and the Great War for the Middle East

This is essential reading for anyone interested in the collapse of the Middle East, and the devastating role of the West in the creation of this hellish crucible. In Age of Jihad Cockburn exposes the dominant conflict of our time-the Sunni-Shia war, and the subsequent origins of ISIS. As he shows this did not explode suddenly in Syria after the Arab Spring as the conventional view holds, but over several years in occupied Iraq. It is in the sectarian conflict that engulfed Iraq following the war of 2003 that patterns were established that would later spill over into Syria with such devastating results. Since July 2014, the dominance of ISIS threatens the stability of the whole region. Cockburn was the first Western commentator to warn of ISIS, so far ahead of everyone else that last year the judges of the British Journalism Awards advised the UK government to 'consider pensioning off the whole of MI6 and hiring Patrick Cockburn instead.' Age of Jihad will be the most in-depth analysis of the failure of the Middle East to date.