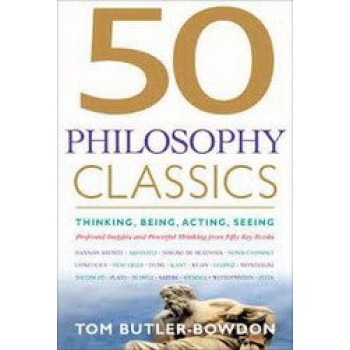 The sixth in the bestselling 50s series, and a lively entry point to the field by exploring the works of 50 of the most significant philosophers; including those that show us how to think (Descartes, Foucault and Wittgenstein); how to be (Aristotle, Spinoza, Satre); how to act (Bentham, Kant, Singer) and how to see (Baudrillard, Hegel, Taleb). The whole spectrum of thinking, from the classical philosophers who defined the field, through the 20th century greats, all the way to the writings of some of the most exciting contemporary thinkers including Julian Baggini, Harry Frankfurt, Peter Singer and Slavoj Zizek.