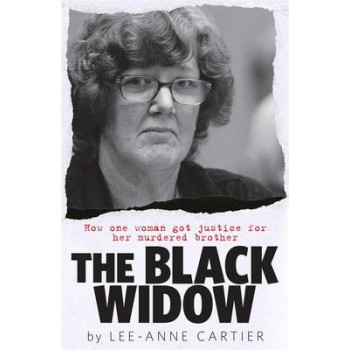 Black Widow: How One Woman Got Justice for Her Murdered Brother

The Black Widow almost got away with murder. But then her sister-in-law became suspicious...The infamous Black Widow case shocked the nation. An average-looking suburban housewife carefully staged her husband's 'suicide'. At first it looked like she might get away with murder, but then her sister-in-law, Lee-Anne Cartier, became suspicious and started gathering evidence and presenting it to the police. Unfortunately they didn't believe it was enough to get a conviction and signed the death off as suicide. Lee-Anne then drove the case at the inquest and a finding of 'No proof of suicide' was pivotal in getting the police to reopen the case. Helen Milner, who became known as the Black Widow, was eventually convicted of murder and is now serving out her sentence in Arohata Prison. This book tells how Lee-Anne persevered and put together many strands of information to crack the case wide open. Also available as an eBook.