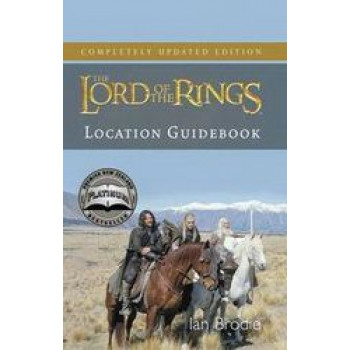 Since the first screening of The Lord of the Rings: The Fellowship of the Ring in 2001, New Zealand has become the embodiment of 'Middle-earth' to millions of moviegoers and JRR Tolkien fans the world over. Ten years later the phenomenon continues and this newly redesigned and updated guidebook provides all the information needed for the traveller to Middle-earth Aotearoa. This updated edition of the definitive guidebook showcases the principal movie-set locations around New Zealand as seen in all three films. It also includes: maps and location directions; useful touring information including accommodation, food and entertainment suggestions; GPS references to location sites; foreword by Sir Peter Jackson; photographs and an article by Alan Lee; contributions from cast and crew; movie images. As the road goes ever on, join Ian Brodie on a fascinating tour of Middle-earth Aotearoa.