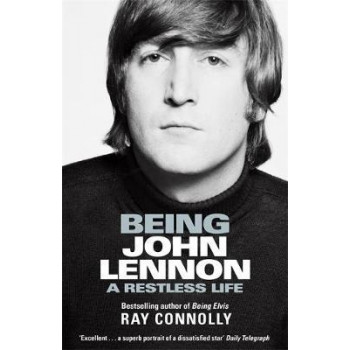 John Lennon was a rock star, a school clown, a writer, a wit, an iconoclast, a sometime peace activist and finally an eccentric millionaire. He was also a Beatle - his plain-speaking and impudent rejection of authority catching, and eloquently articulating, the group's moment in history. Chronicling a famously troubled life, BEING JOHN LENNON analyses the contradictions in the singer-songwriter's creative and destructive personality. Drawing on many interviews and conversations with Lennon, his first wife Cynthia and second Yoko Ono, as well as his girlfriend May Pang and song-writing partner Paul McCartney, Ray Connolly unsparingly reassesses the chameleon nature of the perpetually dissatisfied star who just couldn't stop reinventing himself.