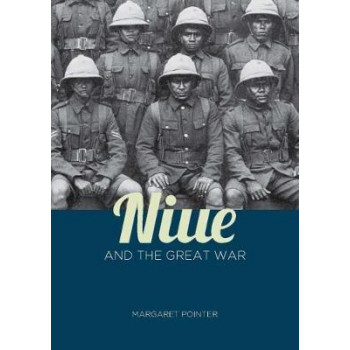 Niue and the Great War

`I am the island of Niue, a small child that stands up to help the Kingdom of King George.' - Niue Island Council The story of tiny Niue's involvement in the Great War has captivated people since an account was first published by Margaret Pointer in 2000. In 1915, 160 Niuean men joined the New Zealand Expeditionary Force as part of the Maori Reinforcements and set sail to Auckland and then Egypt and France. Most had never left the island before, or worn shoes before. Most spoke no English. Most significantly, they had no immunity to European disease. Within three months of leaving New Zealand, over 80 per cent of them had been hospitalised and the army authorities withdrew them. Margaret Pointer became involved in research to trace the lost story of Niue's involvement in World War I while living on the island in the 1990s. The resulting book, Tagi Tote e Loto Haaku: My Heart is Crying a Little, was published in 2000. Her research has continued since, and Niue and the Great War contains much new material together with new photographs. This moving story has now been set in a wider Pacific context and also considers the contribution made by colonial troops, especially `coloured' ones, to the Allied effort.