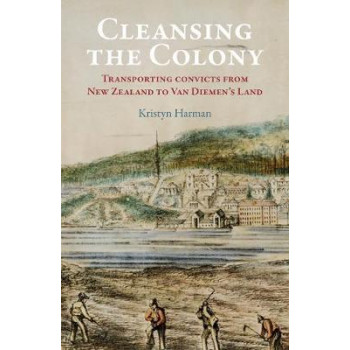 Everyone knows Australia was once a penal colony, but few realize that New Zealand prisoners were sent there. During the mid-nineteenth century at least 110 people were transported from New Zealand to serve time as convict labourers in the penal colony of Van Diemen's Land (Tasmania). Even more were sentenced by colonial judges to the harsh punishment of transportation, but somehow managed to avoid being sent across the Tasman Sea. In examining the remarkable experiences of unremarkable people, this fascinating book provides insights into the lives of people like William Phelps Pickering, a self-made entrepreneur turned criminal; Margaret Reardon, a potential accomplice to murder and convicted perjurer; and Te Kumete, a Maori warrior transported as a rebel. Their stories, and others like them, reveal a complex society overseen by a governing class intent on cleansing the colony of what was considered to be a burgeoning criminal underclass. This lively book also offers insights into penal servitude in Van Diemen's Land as revealed through the lived experiences of the men and sole woman transported from New Zealand. Whether Maori men serving time for political infractions, white-collar criminals, labourers, vagrants or the soldiers sent to fight the empire's wars, each convict's experiences reveal something about the way in which the British Empire sought to discipline, punish and reform those who trespassed against it.