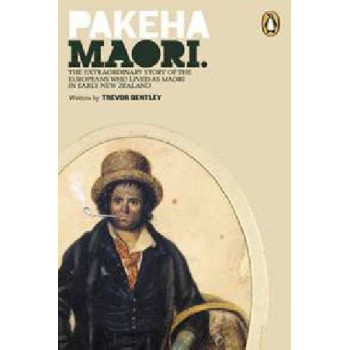 This book describes one of the most extraordinary and fascinating stories in NZ history. In the early part of the last century several thousand runaway seamen and escaped convicts settled in Maori communities. Jacky Mamon, John Rutherford, Charlotte Badger and many others - this is their largely untold story. They were regarded as unsavoury renegades by the European settlers, but amongst Maori they were usually welcomed. Many Pakeha Maori took wives and were treated as Maori, others were treated as slaves. Some received the moko, the facial or body tattoo. Others became virtual white chiefs and fought in battle with their adopted tribe. A few even fought against European soldiers, advising their fellow fighters about European infantry and artillery tactics. In this, the first-ever book devoted solely to the Pakeha Maori, Trevor Bentley describes in fascinating detail how the strangers entered Maori communities, adapted to tribal life and played a significant role in the merging of the two cultures.