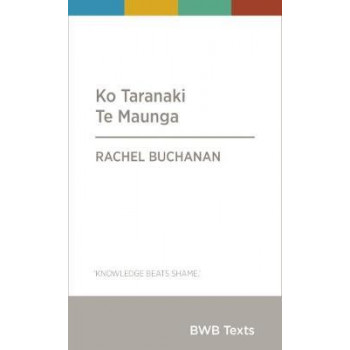 In 1881, colonial troops invaded the village of Parihaka on the Taranaki coast. In an attempt to quell the non-violent direct action taken by the community against land confiscations, the government sent over 1500 troops into the village. Many people were expelled, buildings destroyed, and chiefs Te Whiti o Rongomai and Tohu Kakahi were jailed. In this BWB Text, Rachel Buchanan tells her own, deeply personal story of Parihaka. Beginning with the death of her father, a man with affiliations to many of Taranaki's eight iwi, she describes her connection to Taranaki, the land and mountain, and the impact of confiscation. Buchanan discusses the apologies and settlements that have taken place since te pahuatanga, the invasion of Parihaka. Lastly, she considers what history and historical time might look like from a Taranaki Maori perspective, and analyses the unfolding negotiations for the return of Mt Taranaki.