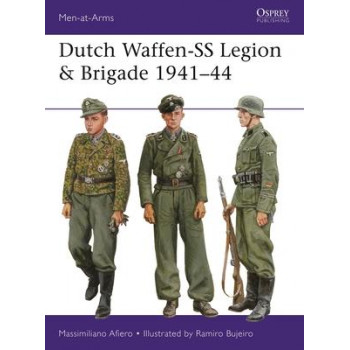 Goebbels' 1941 propaganda campaign to present Germany's invasion of the USSR as a battle for European civilization against Asian barbarism convinced many men in occupied 'Germanic' European countries, such as Scandinavia and the Low Countries, to volunteer to fight on the Russian Front. One of the strongest national legions of such a kind was raised in the Netherlands, where it was supported by a large pro-Nazi movement led by Anton Mussert. The 3,000-man Netherlands Volunteer Legion fought on the Leningrad front in regimental strength, from the Red Army's winter 1941/42 counter-offensive until April 1943. The survivors were then reinforced to form a 5,500-strong Panzergrenadier Brigade, and after anti-partisan service in Croatia, they returned to Army Group North as part of Steiner's III SS Panzer Korps, fighting in the most arduous battles of 1943-44 until driven back into Pomerania. In the final months of the war the division formed the nucleus of the new 23rd SS Volunteer Panzergrenadier Division 'Nederland'. In this illustrated study of the Dutch Waffen-SS Legion and Brigade, specialist Massimiliano Afiero explores the full history of this important formation from its establishment in 1941 until it was incorporated into the 'Nederland' Division in 1944. Contemporary photographs and full-colour illustrations support the text and reveal key details including aspects of uniform and insignia.