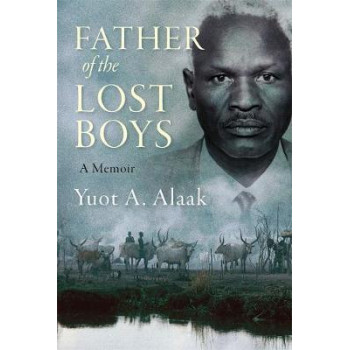 Father of the Lost Boys

During the Second Sudanese Civil war, thousands of South Sudanese boys were displaced from their villages or orphaned in attacks from northern government troops. Many became refugees in Ethiopia. There, in 1989, teacher and community leader Mecak Ajang Alaak assumed care of the Lost Boys in a bid to protect them from becoming child soldiers. So began a four-year journey from Ethiopia to Sudan and on to the safety of a Kenyan refugee camp. Together they endured starvation, animal attacks and the horrors of land mines and aerial bombardments. This eyewitness account by Mecak Ajang Alaak's son, Yuot, is the extraordinary true story of a man who never ceased to believe that the pen is mightier than the gun.