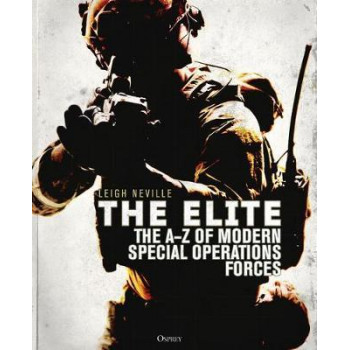 Elite: The A-Z of Modern Special Operations Forces, The

Using rare and previously unpublished images from around the world, The Elite: The A-Z of Modern Special Operations Forces is the ultimate guide to the secretive world of modern special operations forces. It sends the reader back in time to operations such as Eagle Claw in Iran and the recapture of the Iranian Embassy in London and then forward to recent operations against al-Shabaab and Islamic State. Entries also detail units ranging from the New Zealand SAS Group to the Polish GROM, and key individuals from Iraq counter-terrorism strategist General Stanley McChrystal to Victoria Cross recipient SASR Corporal Mark Donaldson. Answering questions such as how much the latest four-tube night vision goggles worn by the SEALs in Zero Dark Thirty cost, which pistol is most widely employed by special operators around the world and why, and if SOF still use HALO jumps, this book is the definitive single-source guide to the world's elite special forces.