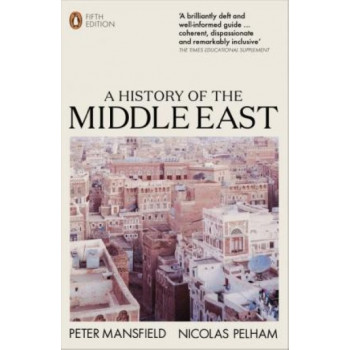 History of the Middle East: 5th Edition, A

Over the centuries the Middle East has confounded the dreams of conquerors and peacemakers alike. This now-classic book, fully updated to 2009, follows the historic struggles of the region over the last two hundred years, from Napoleon's assault on Egypt, through the slow decline and fall of the Ottoman Empire, to the painful emergence of modern nations, the Palestinian question and Islamic resurgence. For this new edition, Economist journalist and Middle East correspondent Nicolas Pelham has written extensive new material examining recent developments throughout the Middle East, including the aftermaths of the 'Arab Spring', the situation in Iran, the continuing Arab-Israeli conflict and the unfolding disasters of the Syrian and Yemeni civil war.