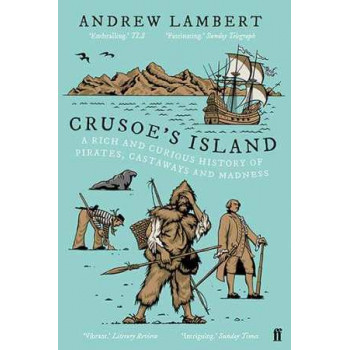 Crusoe's Island: A Rich and Curious History of Pirates, Castaways and Madness

Acclaimed historian Andrew Lambert uncovers the fascinating truth about a faraway place that still haunts our imagination and culture: the island of Robinson Crusoe in the South Pacific Ocean.Daniel Defoe's enduring novel Robinson Crusoe famously followed the adventures of a shipwrecked sailor. Yet the complex reality is more surprising, more colourful and considerably darker. Drawing on voyage accounts, journal entries, maps and illustrations, Lambert brings to life the voices of the visiting sailors, scientists, writers and artists. There are the early encounters of the 1500s, the perilous journeys of the eighteenth-century explorers, the naval conflicts of the First World War and the environmental concerns of more recent years. Crusoe's Island reveals that the British relationship with this distant, tiny island extends far beyond a single book. This true history helps us to understand why the British, still a naval power but no longer a great maritime empire, are not yet ready to give up on the ocean - or on tiny specks of land at the far ends of the earth.