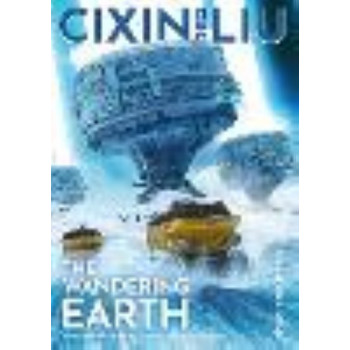 Humanity must rally together to save the Earth when its existence is threatened by the violent death throes of the sun. Cixin Liu's 'The Wandering Earth' is now realised as a graphic novel for the first time. An international collaboration involving 26 writers and illustrators from 14 different countries have transformed 15 of Cixin Liu's - 'China's answer to Arthur C. Clarke' (New Yorker) - award-winning stories into graphic novels. The Sun is dying. Helium will soon permeate its core, triggering a violent explosion, and its burning-hot diameter will increase until it has consumed everything that stands in its way. As long as we remain in its path, humanity stands no chance. Interstellar emigration is the only way out. Reaching a consensus on a destination has been easy: the only viable target is Proxima Centauri. It is the star closest to our own, a mere 4.3 light-years away. How to reach our new solar system is more difficult. Spaceships stand no chance in open space, and the nearest inhabitable planet lies hundreds of thousands of years away. If humanity leaves Earth behind, our continued existence is impossible. The only way to survive is to find a way to propel Earth out of its orbit. But how? Praise for Cixin Liu:'Your next favourite sci-fi novel' Wired 'Immense' Barack Obama 'Unique' George R.R. Martin 'SF in the grand style' Guardian 'Mind-altering and immersive' Daily Mail 'A milestone in Chinese science-fiction' New York Times 'China's answer to Arthur C. Clarke' New Yorker Winner of the Hugo and Galaxy Awards for Best Novel