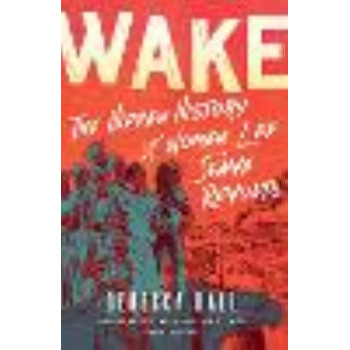 A stunning, imaginative work of history that transforms our understanding of slavery and resistance Women warriors planned and led slave revolts on slave ships during the passage across the Atlantic. They fought their enslavers throughout the Americas. And then they were erased from history. In Wake Rebecca Hall, a historian, a granddaughter of slaves, and a woman haunted by the legacy of slavery, tells their story. With in-depth archival research and a measured use of historical imagination, she constructs the likely pasts of women rebels who fought for freedom on slave ships bound to America, as well as the stories of women who led slave revolts in Colonial New York. Beneath both is Hall's own tale- of a life lived in the shadow of slavery and its consequences. Strikingly illustrated in black and white, Wake explores both a personal and a global legacy. Part graphic novel, part memoir, it is a powerful reminder that while the past is gone, we still live in its wake. 'Not only a riveting tale of Black women's leadership of slave revolts but an equally dramatic story of the engaged scholarship that enabled its discovery' - Angela Davis