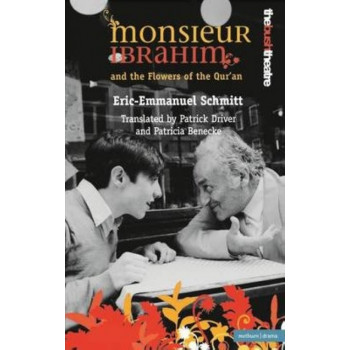 Monsieur Ibrahim and the Flowers of the Qu'ran

Internationally acclaimed play of cross-cultural friendship Paris in the 1960s. Thirteen-year-old Moses lives in the shadow of his less-than loving father. When he's caught stealing from wise old shopkeeper Monsieur Ibrahim, he discovers an unlikely friend and a whole new world. Together they embark on a journey that takes them from the streets of Paris to the whirling dervishes of the Golden Crescent.This delightful, moving play has already been a huge hit in Paris and New York. Performed in thirteen countries and published in twelve languages, it is also an award-winning film starring Omar Sharif.Monsieur Ibrahim and the Flowers of the Qur'an received its UK premiere at the Bush Theatre on 17 January 2006.